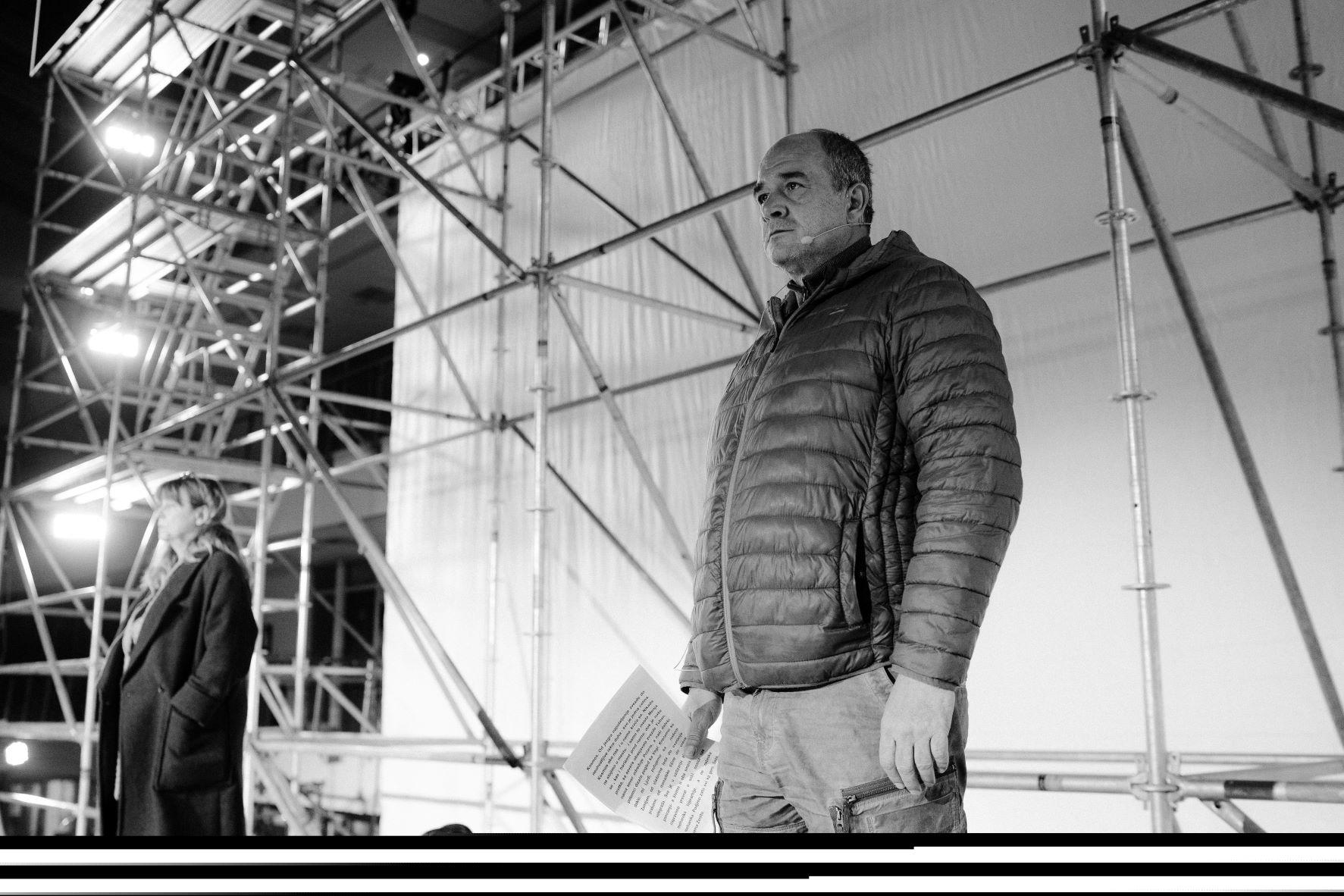 Novi Sad has been placed in the centre of the European cultural map. On the occasion of the opening of the title year, 2022, when Novi Sad takes the title of European Capital of Culture, on Thursday, 13 January, at 8:22 p.m. (20:22), a grand performance of the opening ceremony play, the multimedia spectacle Zeniteum :: 2022, will be held.

Zeniteum presents a symphony of music, drama, and dance acrobatics, with over 60 artists on stage, with modern stage design and serving as a backdrop – Brašovan’s architectural jewel, the Banovina Palace, in front of which it will be held, on the Mihajlo Pupin Boulevard.

The inspiration behind the solemn celebration Zeniteum :: 2022 was found in the zenitism, an avant-garde movement originating at the start of the 20th century, which managed to cross the borders of the former Yugoslavia and become respected in Europe. Ljubomir Micić, the founder of Zenit magazine, was behind this movement. The opening ceremony of the European Capital of Culture will celebrate science and art as two basic strongholds for humans.

Directed by the famous Slovenian director and creator of post-gravitational art, Dragan Živadinov, Zeniteum :: 2022 takes two giants of Serbian and world science, who are in close contact with Novi Sad – Mileva Marić Einstein (Anita Mančić) and Milutin Milanković (Boris Isaković) and makes them the protagonists. On the one hand, we have the woman who has participated in formulating the theory of relativity with her husband Albert, and on the other, the creator of the astronomic theory of climate changes and the author of one of the most highly regarded popular science works Through Distant Worlds and Times, who will lead us down the path from the past to the future.

Lazar Jovanov is the host of the play. The music composed for the play Zeniteum :: 2022 is the work of the composer Dragana Jovanović, and the artistic experience will be completed by a brass band consisting of 24 professional brass instrument players, led by one of the most sought after European trumpet soloists Laura Vukobratović, acting and choral ensemble, with dancers and acrobats, who will find themselves on the 40-meter-high scene, devised and designed by set and costume designer Dunja Zupančič. The playwright of the play Zeniteum :: 2022 is Svetislav Jovanov, while the assistant director is Maja Grgić.

Before Zeniteum, the ceremony of declaring Novi Sad the capital of culture awaits us at the Serbian National Theatre, which you will be able to watch live on the second channel of the Radio Television of Serbia, and the first channel of the Radio Television of Vojvodina from 6 p.m. At the same time, a great and unique exhibition ‘Time and Universe’ will be opened in the hall of Studio M, while later one, we can expect concerts and performances of the renowned local and international artists at more than 40 locations across town.

The citizens of Novi Sad will have an opportunity to hear some of the world-famous performers who will perform for the first time in Novi Sad on 13 January. Among them is one of the most famous fado singers in the world, Carminho from Portugal, a winner of the Golden Globe Award for the best performer, whose first album went platinum. We will also have a chance to listen to the music by the most famous French cover band ‘Nouvelle Vague’ with their world-famous covers of music hits, as well as Chrysta Bell, an American singer-songwriter, the ‘Twin Peaks’ star and David Lynch’s muse, who brings her dreamy pop hits, and a renowned Finnish musician, Jimi Tenor. The famous English drum and bass band ‘Rudimental DJ’, and ‘Morcheeba’, an English electronic band formed in the mid-1990s, also coming from England, will perform.

One of the best clarinettists in the world, Andreas Ottensamer, will perform in the Congress Hall of the City Hall, together with the Novi Sad chamber orchestra Camerata Novi Sad, conducted by Darko Butorac.

On the other hand, the Novi Sad audience will have a chance to hear well-known local and regional performers such as Josipa Lisac, one the most distinguished performers of the Yugoslav and Croatian scene, Damir Urban, the famous singer-songwriter in the region, Matija Dedić, a jazz pianist and composer, Van Gogh, Bojana Vunturišević, Srbski pravoslavni pojci, etc. In addition to the handful of music events, the two small-scale music projects dedicated to children will be organised as well – The Čardak Neither in Heaven nor on Earth, organised by the ‘Visoko C’ association and Soundbeam, organised by the Elementary and Secondary Boarding School ‘Milan Petrović’.