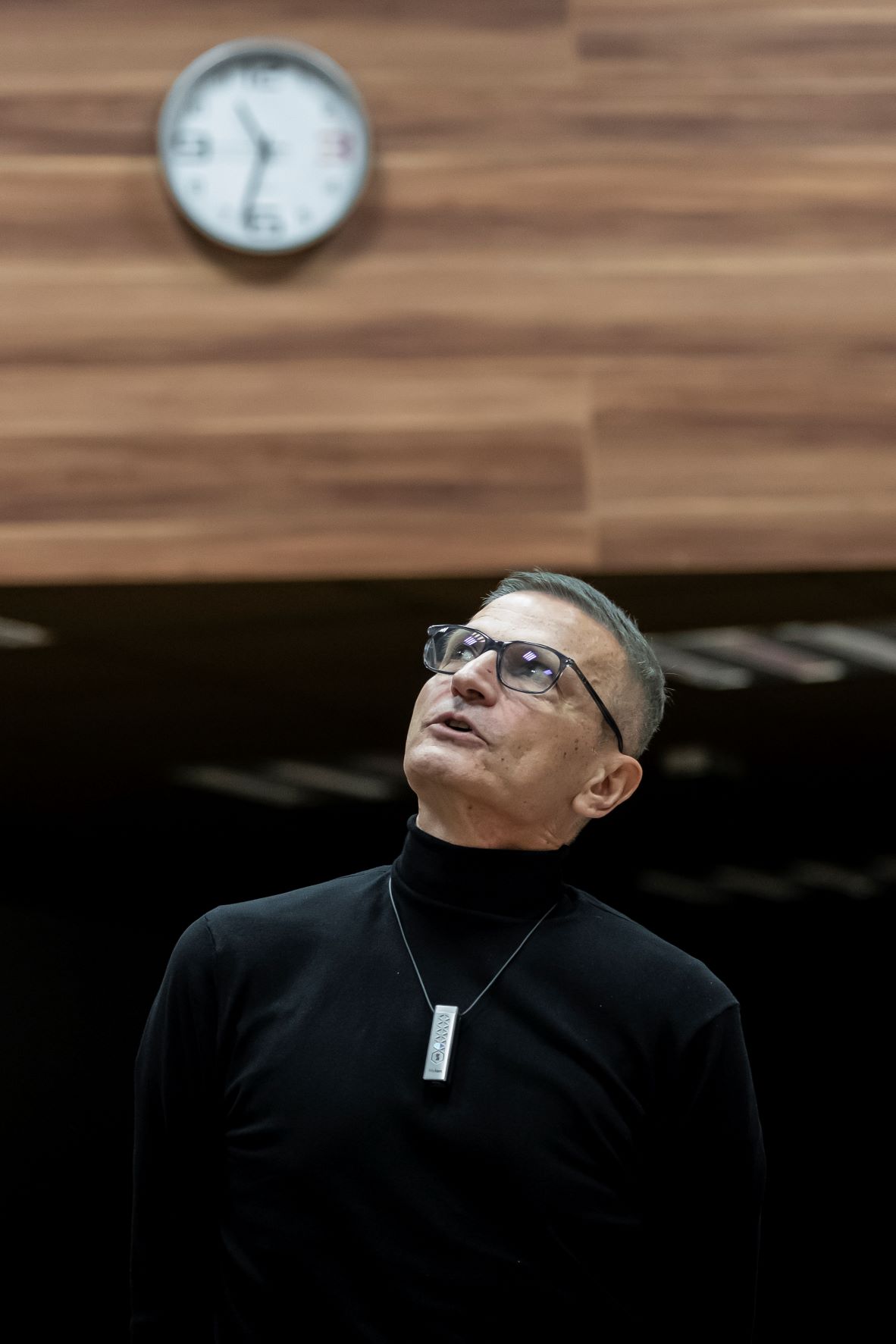 Four years ago, Novi Sad welcomed New Year’s Eve from a mere party, and got the brand Doček, unique in Europe, combining the two celebrations of New Year’s Eve. With different programme and production approaches, and art quality, Doček positioned Serbian Athens as the future European Capital of Culture, selecting 13 January and 31 December 2022 as the time slots of the opening ceremony, i.e. the closing ceremony of the title year.

Within the Doček 2022 programme, citizens of Novi Sad will have an opportunity to see the play ‘Tesla, Inventartist’ directed by Nebojša Bradić on 31 December, based on the novel ‘Tesla: A Portrait with Masks’ by Vladimir Pištalo in the centre of the European Capital of Culture.

The director Nebojša Bradić stresses that the drama ‘Tesla, Inventartist’, as well as the Pištalo’s novel, which was the inspiration for the play, is not a biographical reconstruction of a life, but the story that is established as a paradigm of the image of a modern world.

‘There’s an eternal struggle in this world between those who see farther and deeper, who, under their appearance predict the powerful forces they want to liberate and those whose insight into the strength of those forces is limited to the need to control and supervise them. In the play, Tesla detects reality with intuition, which is why we name him as Laza Kostić once did. Hence the very title of the piece, hence the use of Kostić’s bold coin composed of two words – inventor and artist,’ stressed Bradić.

Miodrag Tabački is in charge of stage design, Staša Jamušakov is a costume designer, while the music for the play is composed by Aleksandra Vrebalov. Aleksandar Milosavljević is the playwright.

Immediately after the show, the citizens of Novi Sad and their guests will walk in a light procession to the Suburbium of the fortress, to enter the new year there as part of a unique multimedia exhibition dedicated to Tesla. It will transform the usual experience of the city, which will become an open-air light gallery on New Year’s Eve – ‘Tesla – Light Gallery’.

The great world scientist Nikola Tesla was the first declared honorary citizen of Novi Sad, back in 1936, although, unfortunately, he never stayed in Novi Sad. Now we will symbolically return it to Novi Sad – the European Capital of Culture. In this way, the citizens of Novi Sad will pay tribute to Tesla as a famous figure of global culture, which combines different values that motivated work on the programmes of Novi Sad 2022: mobility, innovation, perseverance, commitment, process and energy, of course in cooperation with the oldest Serbian theatre – Serbian National Theatre.

After Doček 2022 and numerous concerts that will be held on 31 December and 1 January in the Suburbium of the Petrovaradin Fortress, citizens of Novi Sad will witness the highlight multimedia performance ‘Zeniteum :: 2022’ by the director Dragan Živadinov that will mark the opening ceremony in one of the main city boulevards, in front of Banovina on 13 January 2022. The multimedia performance will celebrate the great names of Serbian science through art – Mileva Marić Einstein and Milutin Milanković.

The extraordinary exhibition ‘Time and the Cosmos’ will mark the opening ceremony in the hall of Studio M, as well as exhibitions, concerts and performances at more than 20 locations across the city, which will begin on 12 January and will last until 15 January.

This year as well, the crown and the main events of the New Year’s Eve in 2022 are the programmes of the two openings of the European Capital of Culture. Therefore, we reconnect two ways of measuring time within two dates, two openings, two alphabets and two forms of art – performing and visual.