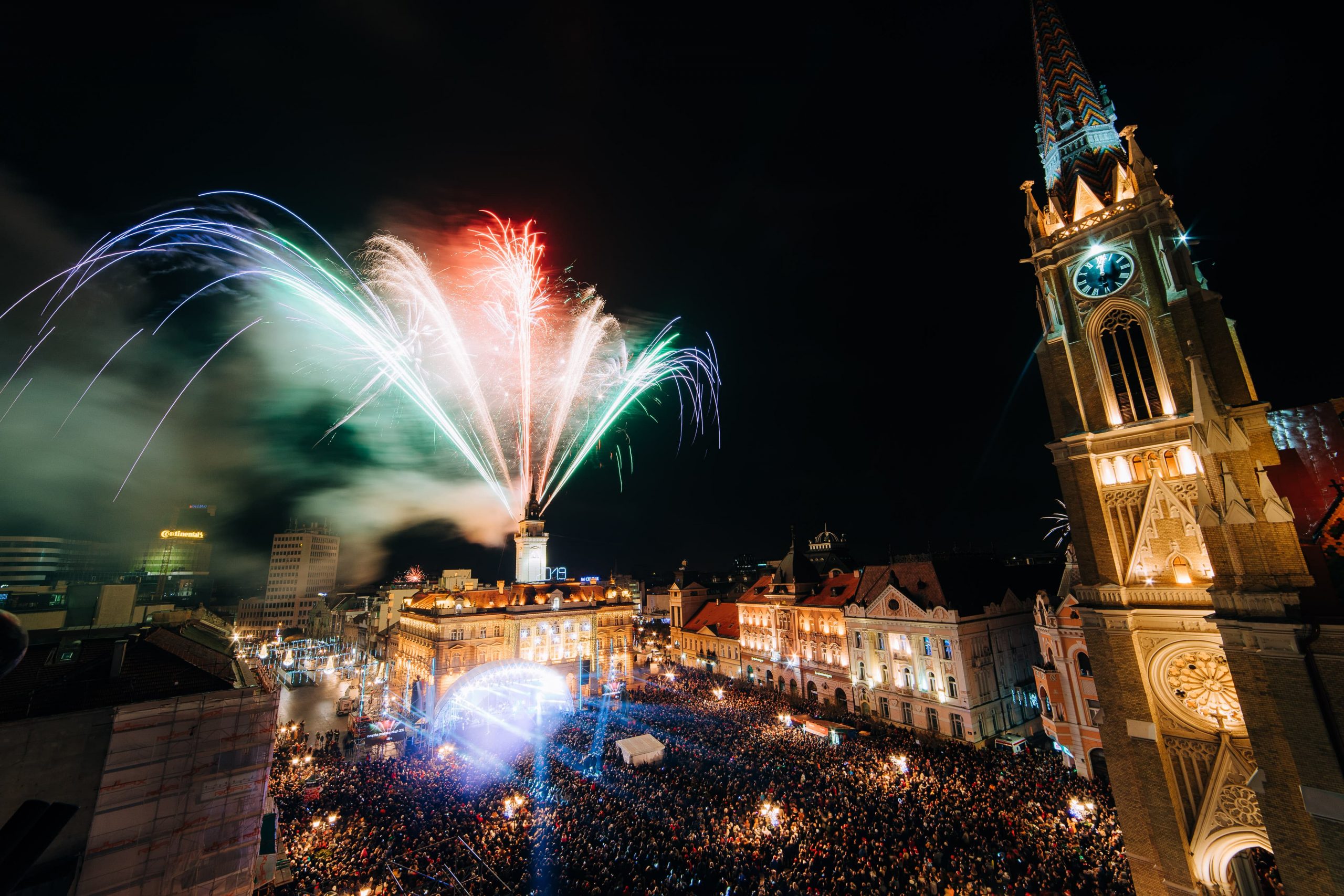 Novi Sad entered New Year 2019 as the European Youth Capital. Doček was organised at five locations in the city centre and it was in token of young people.

Young people from Novi Sad presented a unique concept of connecting the elements of popular and elite culture to their fellow citizens and numerous tourists through cooperation with famous European and regional musicians.

Stage design in the crowded Liberty Square, which marked one hundred years of Bauhaus with its appearance, was designed by young experts from the Faculty of Technical Sciences and Academy of Arts in Novi Sad, who sent the new postcard of Novi Sad to the world – as the European Youth Capital and future European Capital of Culture.

World famous hitmakers Filatov & Karas DJ duo gave the the New Year’s Eve a special charm with their electronic music and added to the diversity of music genres within Doček. 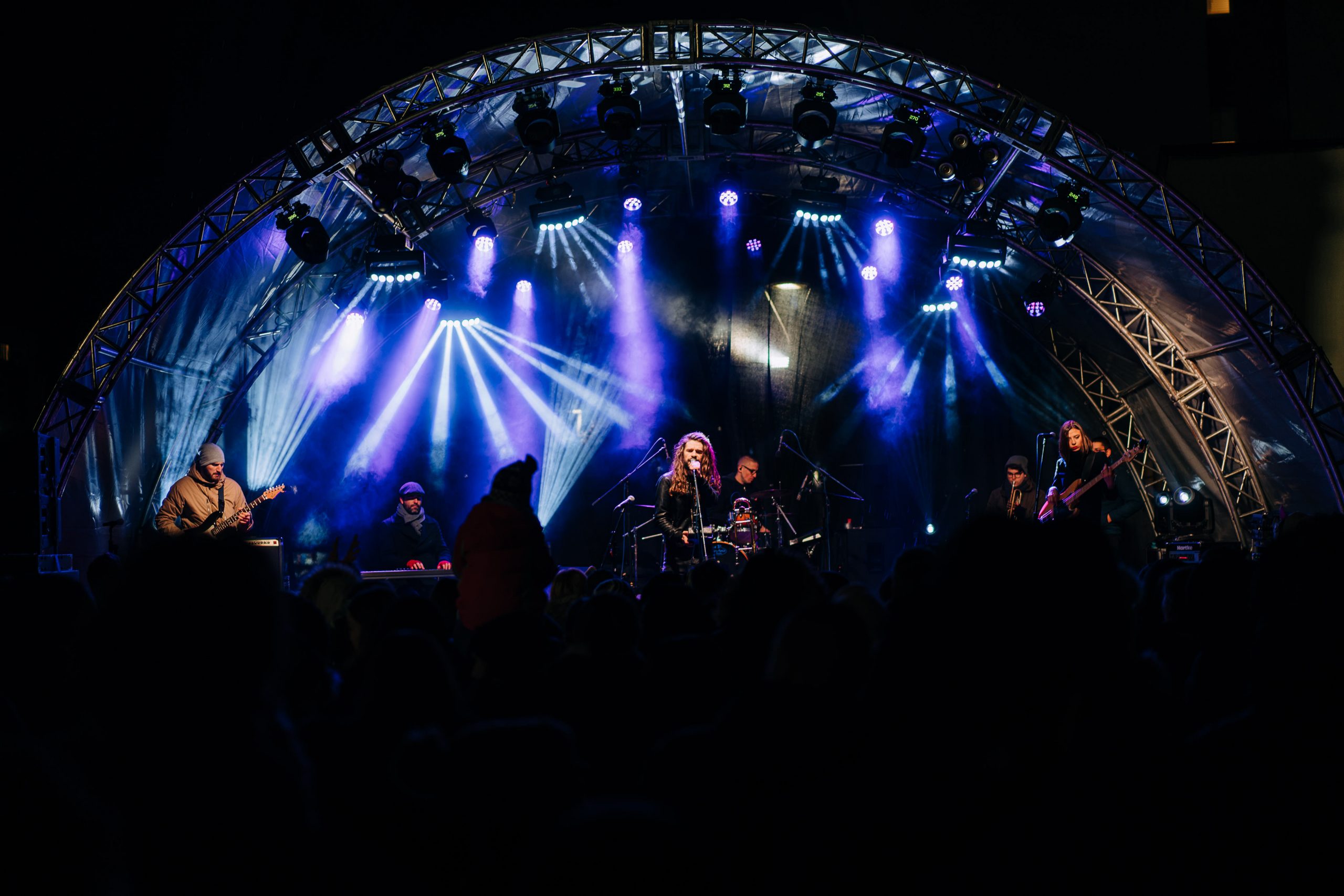 The Irie FM, band from Belgrade, proved with their magical performance why they are one of the best bands in the region even among young generations. They made a great overture for 2019 with their popular songs, and the song ‘Kliziš’ caught the audience attention. Before the performance of Irie FM, young singer-songwriters Anita Šunjić, Bojan Aleksić (Čavez), Marko Babović and Vedran Ivorek, finalists of the TAKT Festival – acoustic competition for composers organised by the Kulturanova Association, galvanized the audience in the Republic Square.

The great atmosphere was spiced up with some jazz! Piotr Damasiewicz, artist from Poland, performed with the Ludifico circus troupe from Novi Sad in the Svilara Cultural Station and delighted the audience. The ‘Susret’ jazz performance, through dance, acrobatics and juggling, spread the message, which is the imperative for Novi Sad – the importance of diversity and sharing. DJ Dub Duba, Jazz Kombinat and Baterija Sambansa marked the whole programme in the Svilara Cultural Station. 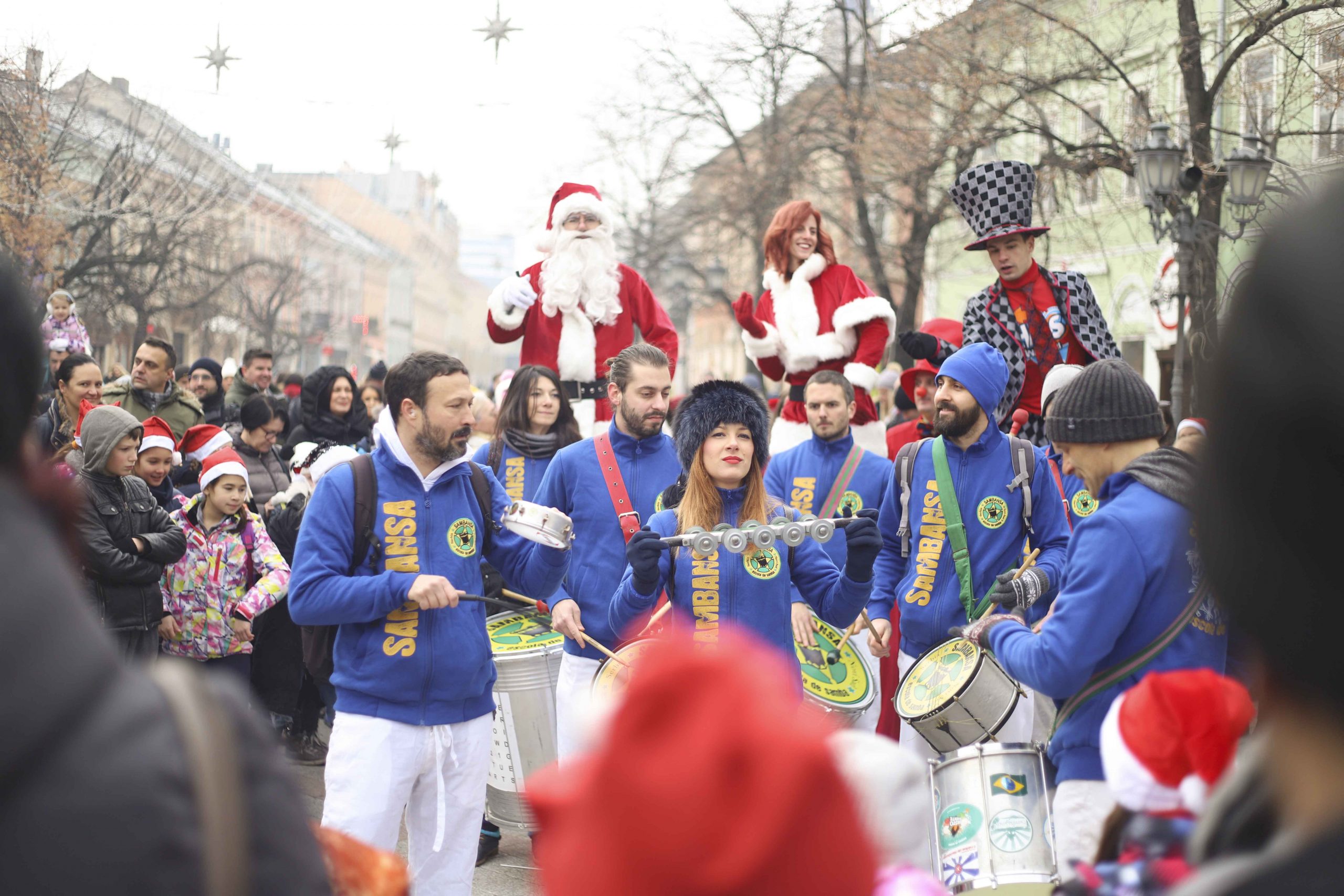 The most cheerful morning was definitely in the fairy Danube Park! Hundreds of children from Novi Sad were the first who celebrated 2019 in the magical Ledena Šuma with the countdown followed up by the songs of ‘Zvončići’ children choir. The party continued with pop rock concert performed by ‘Kreativni M Kutak’ that brought parents to the dance floor. Costume parade led by stilt-walkers of Kreativni Pogon, dressed up Dunavska Street in a special New Year’s attire, and ‘Jako Lako Pođe Naopako’ performance of the Vragolani theatre troupe caught children’s attention. Unequalled Haos Animators organised an unforgettable show for children thus making the Danube Park the great scene for the New Year’s party for children. The ‘Bach Rides a Camel’ musical held in the Egység Cultural Station featured the programme for children and afternoon was also reserved for children’s smiles.

The unique concept of Doček at five locations has shown why Novi Sad is special and holds the titles of European Youth Capital and European Capital of Culture, and during 2019, it will prove to be the city of interculturality that respects diversity!