Doček 2022 will be transformed within ’Doček’ into a series of artistic programmes inspired by the character and work of Nikola Tesla, who himself found a way to make a bridge between the old and the new, to transform the old into the new by studing the energy, and thus contribute to one of the epochal changes in our civilization. Inspired by the work of one of the World’s greatest scientists, a Serb by origin and the first honorary citizen of Novi Sad, we’ll create a symbolic bridge between the ’old’ and the ’new’ year. In the city centre, the citizens of Novi Sad and their guests will send off 2021 with a theatre production, ’Tesla Inventartist’, and afterwards they will form a ceremonial procession from the city centre to the Suburubium of the Petrovaradin Fortress, so as to step into 2022 as part of a unique multimedia exhibition dedicated to Tesla. It will transform our usual experience of the city, which will become an open-air light gallery on New Year’s Eve. 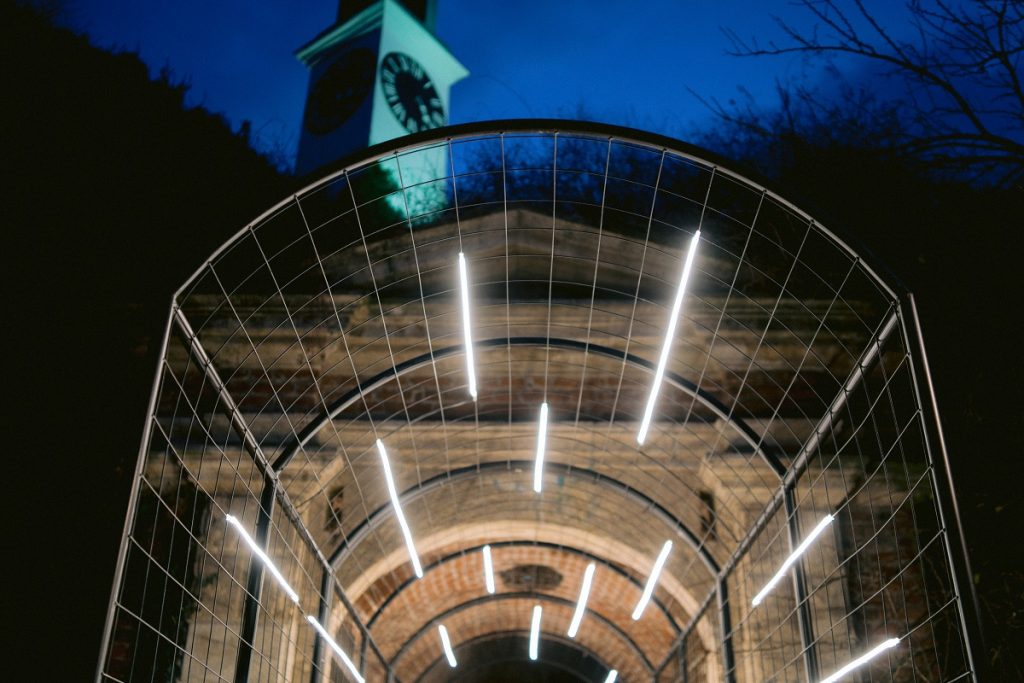 Although he never visited Novi Sad, the giant of modern science Nikola Tesla was the first individual to be declared an honorary citizen of Novi Sad back in 1936. Today we symbolically bring him back to Novi Sad: European Capital of Culture. We wish to honour Tesla as a famous figure of world culture, who within himself unified the different values behind the Novi Sad 2022 programme: mobility, innovation, durability, dedication, process and – energy. Above all, in our efforts to celebrate the values of our dualisms, we quietly and humbly heed his wise words: ’Our faults and our virtues are not separate, like force and material. If we divide them, we cease to exist’.

’Doček’ symbolically implements ideas about the connecting dualities of our (local and global) world, about their coexistence, about the unity of differences – between two calendars, day and night, light and darkness, sound and image, past and future, tradition and modern technology, which is connected by a single energy, just like with Tesla. The baroque ambience of the Suburbium of the Petrovaradin Fortress – renovated after 300 years thanks to one of the major infrastructure projects of the European Capital of Culture – will become a space of encounter of these opposites through a large multimedia exhibition, united by the energy of light. Exploring light as a life principle that connects all levels of existence, European artists will, through various media, turn Suburbium into a space of encounter that pulls us out of our everyday routines. 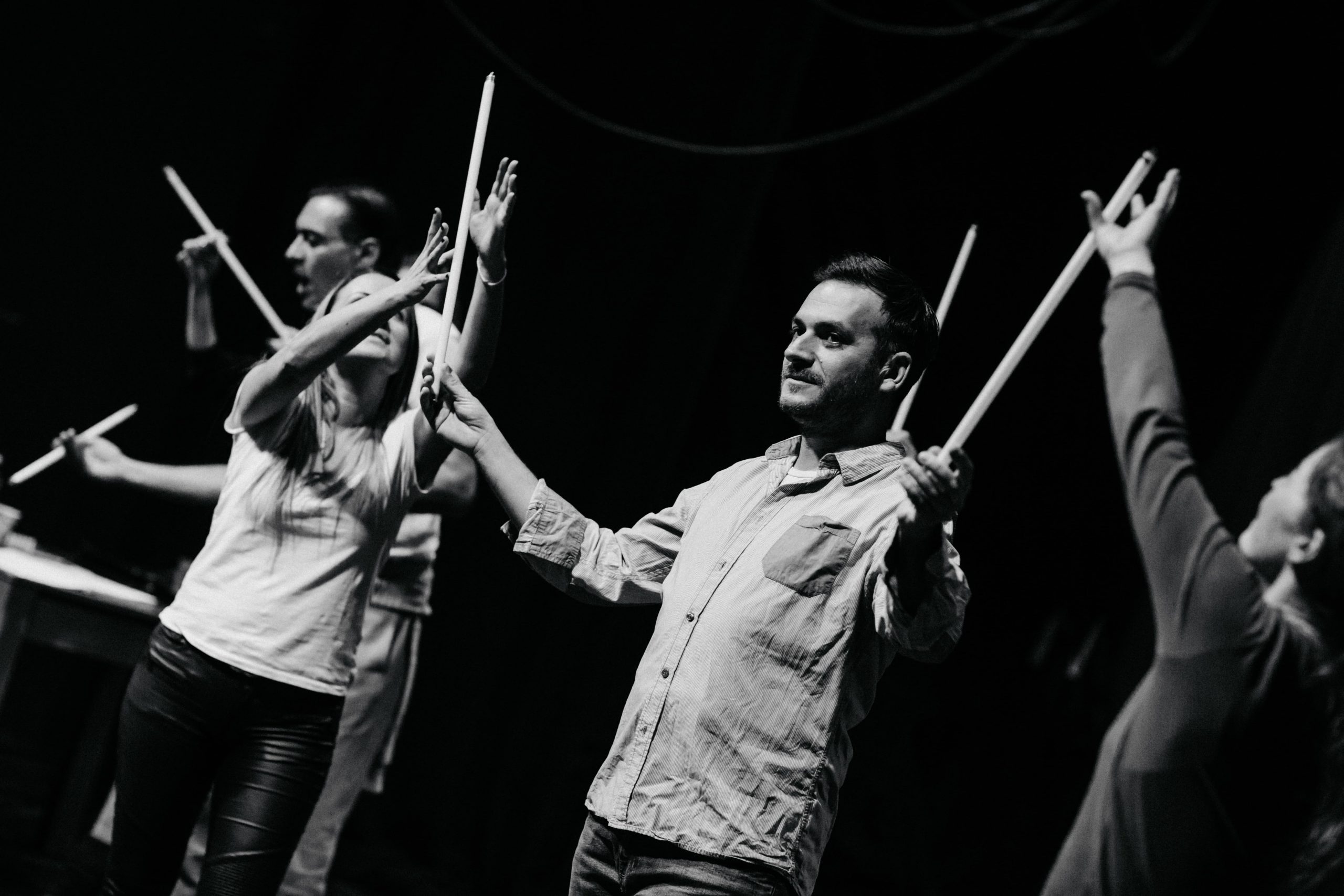 ’Novi Sad – European Capital of Culture’ along with the city of Novi Sad, and Serbia’s oldest theatre, the Serbian National Theatre, wishes to change the prevailing concept of New Year’s Eve, which is usually connected with concerts, and to position Nov Sad on the regional map with different celebration on 31 December. The citizens of Novi Sad will have a chance to celebrate the New Year on the central city square with the premiere performance of the Tesla: Inventartist play. On this ocassion, some of the most influential Serbian artists of various disciplines will gather in Novi Sad: Nebojša Bradić directs Tesla, Inventarist, a play based on Vladimir Pištalo’s novel, ’Tesla, a Portrait Between Masks’, which won the NIN Award, music composed by world-famous Aleksandra Vrebalov and a set designed by Miodrag Tabački.

Turning the city into a big holiday stage the citizens of Novi Sad and their guests will, following the play in the city centre, form a procession that would go from one of the former central Novi Sad pedestrian paths (promenade) to the Varadin bridge and then to the Suburbium of the Petrovaradin Fortress, where the opening of an open-air multimedia exhibition – Tesla Light Gallery is planned.

The ‘Novi Sad – European Capital of Culture’ Foundation, with the great help of the City Administration for Construction Land and Investments, and in cooperation with the Novi Sad Faculty of Technical Sciences, the Novi Sad Academy of Arts and the spatial design studio ‘Modelart Architects’, enabled a group of artists to guide Novi Sad residents through inspirational spaces of a baroque town that will be transformed by impressive artistic interventions. The space installations will reveal various aspects of light as a medium of artistic expression, realized through various discoveries by Tesla, as well as his unrealized dreams. The Varadin Bridge, the old building of Beogradska Street and the Belgrade Gate itself – all architectural objects which we must pass – will take on a monumental game of light, movement and sounds through wired, dynamic, wireless and interactive audio-visual lighting technologies, including 3D projections.

Tesla Light Gallery is a product of the combined creative energies of several of today’s internationally recognized artists from different cities that have carried the title of European Capital of Culture. Award-winning visual artist Petko Tančev comes from the Bulgarian city of Plovdiv (ECoC 2019). He uses the latest technology to create virtual lights that interfere with our usual perception of physical light. Ivan Marušić Klif’s experimental work has received accolades in the Croatian art scene; he was the director of the Vector Hack Festival of experimental graphics in Rijeka (ECoC 2020 – 2021) in 2018 and 2020. The project will also include the talents of Italian artist Alberto Novello, known for his use of repurposed found or deconstructed analogue devices from the past (oscilloscopes, early gaming consoles, video-mixers and lasers) in order to research the connection between sound and light in the form of contemporary installations and performance. This team of experienced artists – all of whom, except Ivan Marušić Klif, are in Serbia for the first time – will be joined by set-design students from the Faculty of Technical Sciences in Novi Sad; the project is implemnted in cooperation with the City Administration for Construction Land and Investments (Novi Sad) and Modelart Architects spatial design studio (Novi Sad), while Milica Stojšić worked as a curator and art coordinator for the Tesla Light Gallery.

The synergy of artists from different parts of Europe is the most fitting herald, both of the opening of the European Capital of Culture, as well as the diverse programming that fills the title year under the slogan ’4 New Bridges’.

After the visual spectacle that will turn the entire Suburbium into a light stage, the event Tesla – Light Gallery festival will continue with a series of concerts on New Year’s Eve, as well as on 1 and 2 January. As part of the musical part of the programme, which will continue the tradition of celebrating the New Year and complete the modern and experimental visual ambience of the celebration in the Suburbium, local and regional performers will perform, including – well known to the Novi Sad audience – Croatian electropop duo Nipplepeople, which gathers after 30 years for this occasion, Belgrade band ‘Kanda, Kodža i Nebojša‘, as well as Novi Sad DJ trio Noise Destruction. The two evenings of the concert will be marked by two Austrian bands – Elektro Guzzi, whose music examines the limits of live performance in the field of techno music, but also the iconic duo Kruder & Dorfmeister, known for their trip-hop remixes of pop and hip-hop songs. 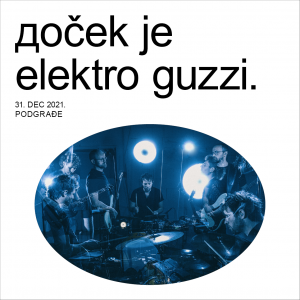 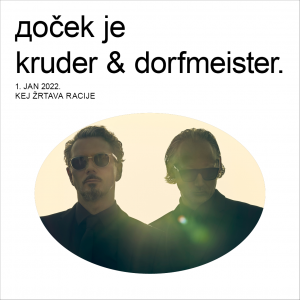 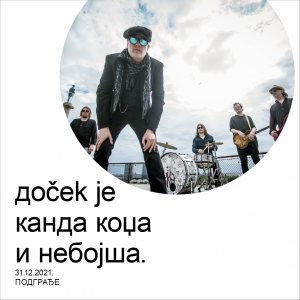 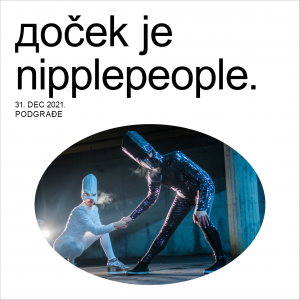