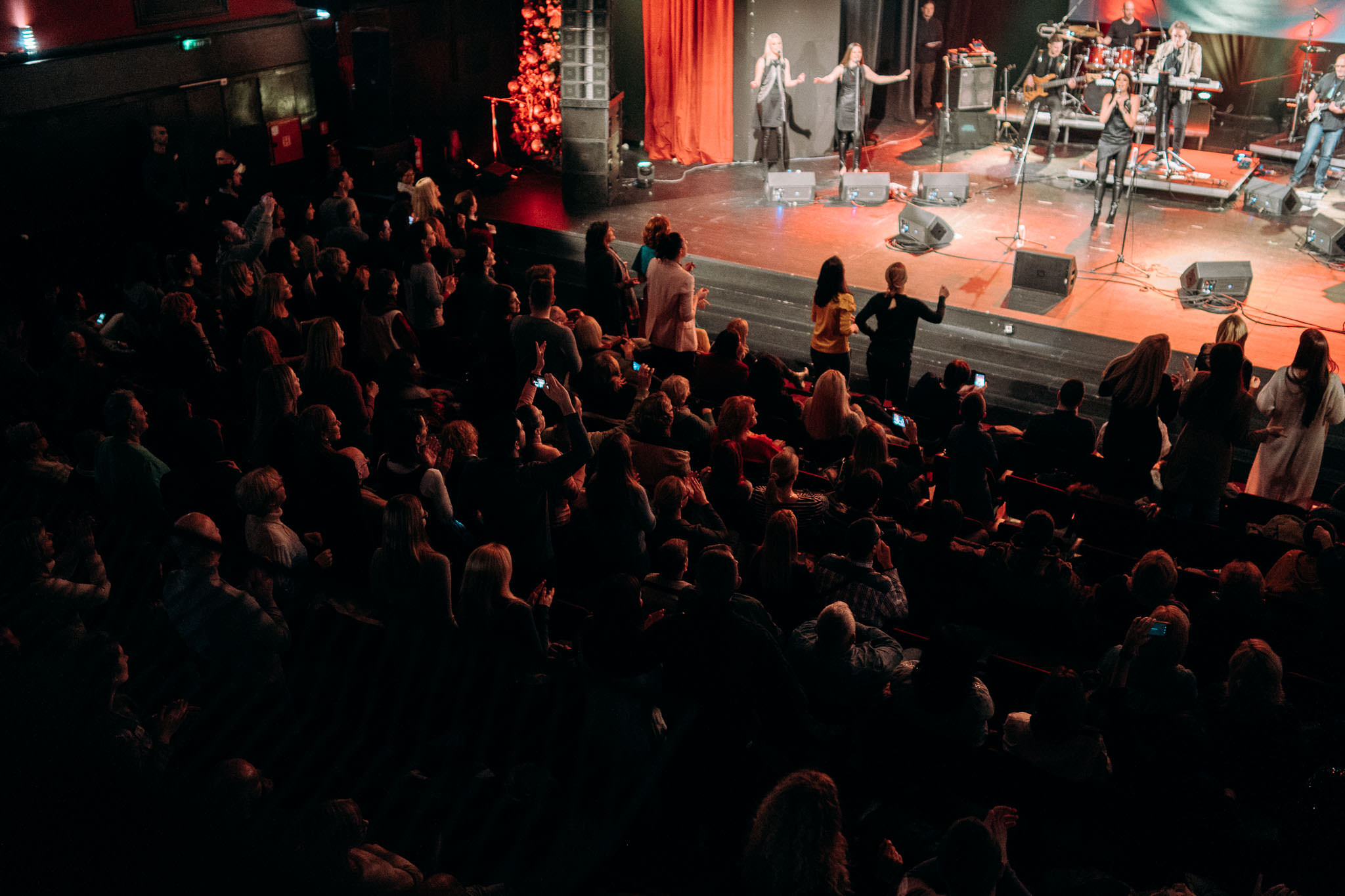 Doček 7527 Organised at 40 Locations in the City

Citizens of Novi Sad and its guests had a chance to enjoy diverse programme and concerts on 13 January, within Doček 7527, which were implemented in the evening, only in closed spaces, and were spread across the city at more than 40 locations. This is the proof that the culture is the way of life and that the richness of diversity has always been fostered in Novi Sad.

Novi Sad hosted famous European artists of different music genres and famous local artists during the evening, thus classical and spiritual music, rock, electronic, pop, punk, reggae and hip hop music featured the celebration of another Doček in the city on 13 January and justify the epithet of a unique concept Novi Sad is known for.

The future European Capital of Culture presented the most famous violin virtuosos.

Roman Simonović, concertmaster of the London Philharmonic Orchestra performed in the Synagogue, while famous Roby Lakatos presented his most significant improvisations in which he combined jazz, classical music and Hungarian Romani music in the Serbian National Theatre.

Citizens of Novi Sad and its guests had a chance to enjoy recognisable sound that connects traditional and modern music, as well as perfect performance of musicians from Sanja Ilić and Balkanika band, who performed in the Youth Theatre.

Lena Kovačević, a diva with powerful voice, favoured by the local audience, featured the repertoire of Doček 7527 and held the concert in the Ballroom of the NIS building.

The performance of Atomsko Sklonište in the ‘Petőfi Sándor’ Hungarian Cultural Centre and programme featured by the cult local bands Partibrejkers and Ritam Nereda that was organised at SPENS was the real musical treat for the lovers of hard rock/punk rock rhythms. The Planet of Zeus, one of the leading bands in Greece, joined them in the small hall of SPENS.

On the other side, artists from the Kabare Bre from Novi Sad, performed a unique cabaret circus in the West Hall of SPENS.

The premiere of the ‘Baš Čelik’ opera for children, based on the motifs from one of the most famous Serbian fairy tales, was performed in the oldest national theatre and actress Jovana Balašević joined the performance of the ‘Visoko C’ troupe as a special guest.

Sana Garić, talented artist of suggestive female vocal, and Bitipatibi took the audience who attended two concerts in the Cultural Centre of Novi Sad to the unique musical trip. 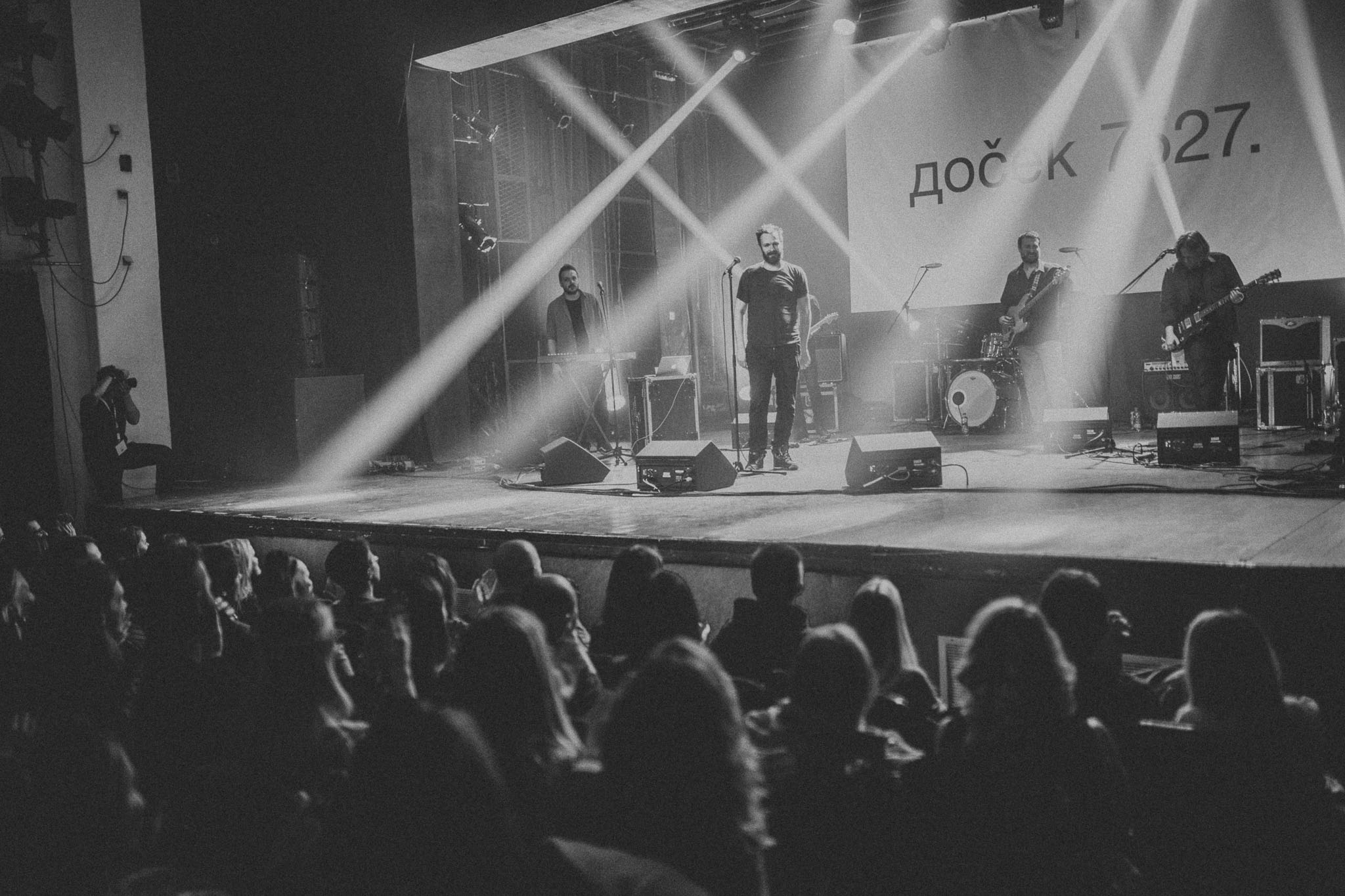 The audience went ‘back to the roots’ at the ‘Back to the Roots’ party in the Hall no. 4 of the Novi Sad Fair, where the famous stars of trance music: Etnica & Pleiadians (Italy/Spain), E-Mantra (Romania) and DJ Adept (Russia) performed.

We had a chance to feel the reggae rhythm in Novi Sad with the performance of famous Del Arno Band within Doček 7527 in Studio M.  The Zemlja Gruva, one of the best Belgrade bands, wished all the best to the audience and performed in the Svilara Cultural Station.

Bane Krstić and Garavi Sokak performed recognisable hits of Vojvodina at the ‘Pera Dobrinović’ stage of the Serbian National Theatre.

The Vrum group performed the ‘Erotizam’ concert that dealt with the most taboo topic in the history of mankind in the Novi Sad Theatre, while the Serboplov ensemble provided lovers of traditional music with a unique experience in the ‘Mladost’ Cultural Centre in Futog. Piotr Damasiewicz, a jazz musician from Poland, performed in the Absolut club within Doček 7527.

Lovers of the personality and work of famous Merlin Monroe, had a chance to enjoy the performance of Miss Monroe, one of the most wanted imitators of diva Marilyn Monroe in the small hall of Youth Theatre, while energetic Sajsi MC ‘addressed’ the audience with the support of DJ BKO in the Gerila bar. The audience from Novi Sad had a chance to hear unusual connection of traditional music, Balkan Folk, cheerful rhythm and energetic performances characteristic for the Serbian-Croatian-Montenegrin band MaiKA in Studio M on 13 January.

The ‘Iznad Istoka i Zapada’ concert of spiritual music performed by the choir of the University of Novi Sad and choir of the Orthodox Church of Saint George was held in the Museum of Vojvodina.

Bluebirds from Novi Sad, better known as Plavi Ptičić, one of the best cover bands from the region, performed in the Bulevar Books on 13 January. On this occasion, the audience had a chance to enjoy the ‘Ko se Boji Isadore Dankan’ musical directed by Gea Gojak in the Gallery of Matica Srpska. Loran Prokopić, vocal-instrumental soloist, featured by David Klem, pianist and composer, performed in the American Corner. Josip A Lisac, famous band from Novi Sad, Čičini Čvorci band and DJ Smuk performed within another celebration of Doček in Dom B-612. During the celebration of jubilee, the ‘Josip Slavenski’ Music School performed in the Memorial Collection of Pavle Beljanski. The ‘Prti Bee Gee’, popular hip hop group from Belgrade, performed in the MED club in Novi Sad.

This is just part of the programme that was prepared for 13 January in Novi Sad during the celebration of the year 7527.

Find more information about the line-up and timetable at: https://docek.net/.

The two celebrations are future gala opening and closing of 2021, when Novi Sad will become European Capital of Culture.