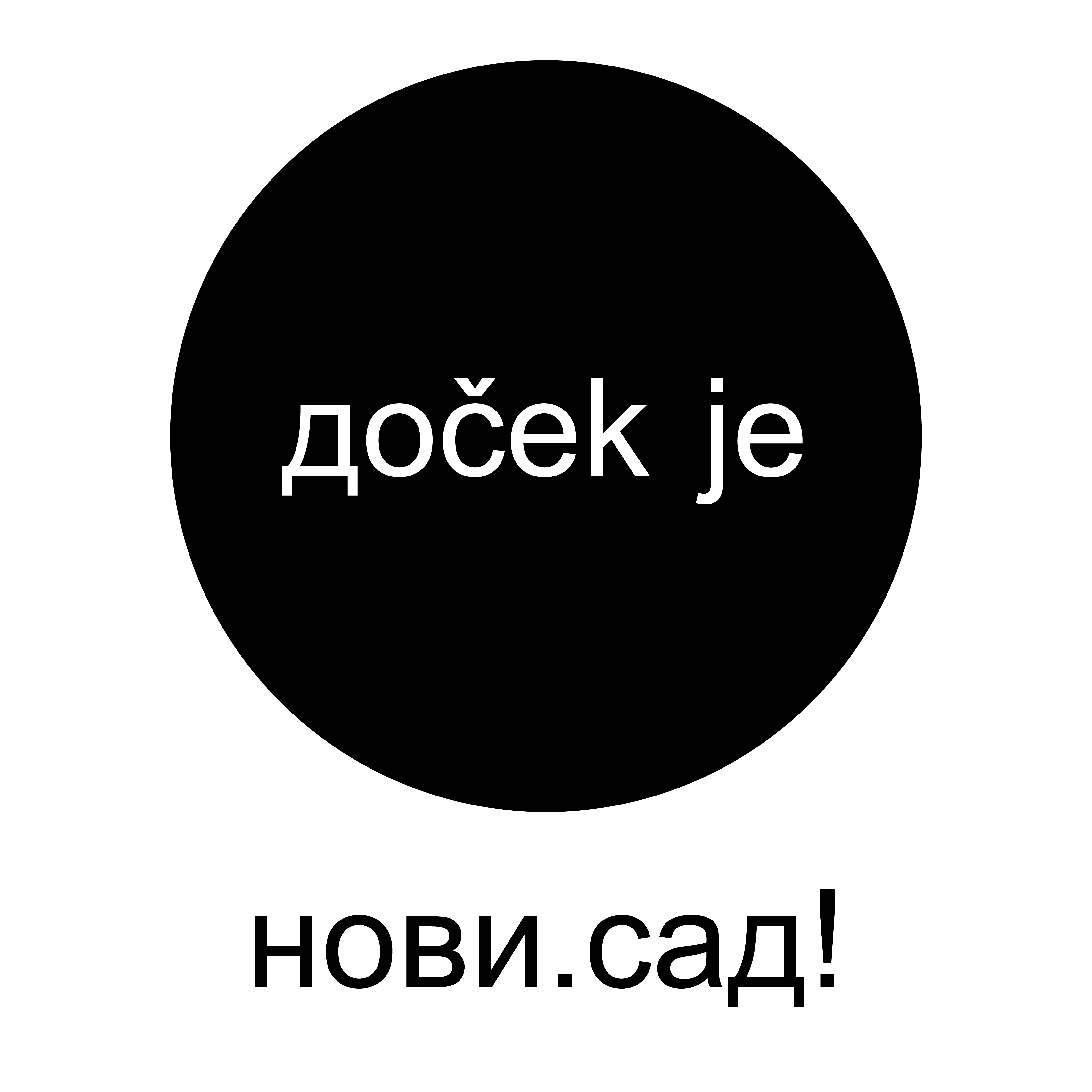 A unique artistic celebration in Europe, Doček, will open the European Capital of Culture year in Novi Sad, with a programme that will be seen for the first time in this area.

Doček, the European Trend Brand of the Year 2021 will reach its artistic-programme and production peak in the fifth year of its development. More than 400 artists from Serbia and the whole of Europe will focus on the fusion of art and science, preserving and promoting the heritage of great names of Serbian science and art, which have reached European and world frameworks – Nikola Tesla, Mileva Marić Einstein, Milutin Milanković, Dragiša Brašovan and Ljubomir Micić.

On 31 December, the citizens of Novi Sad will symbolically illuminate their city with a programme inspired by the character and work of the great scientist who illuminated the whole world – Nikola Tesla, the first honorary citizen of Novi Sad.

At 20:22, near the Duga Bridge, a part of the ‘Tesla, Inventartist’ play directed by Nebojša Bradić, performed by the Serbian National Theatre, will be premiered. The audience will be included in the play, forming a procession over the Rainbow Bridge and thus connecting the two banks of the Danube all the way to the Suburbium of the Petrovaradin Fortress, where the multimedia Tesla Light Gallery will be opened. 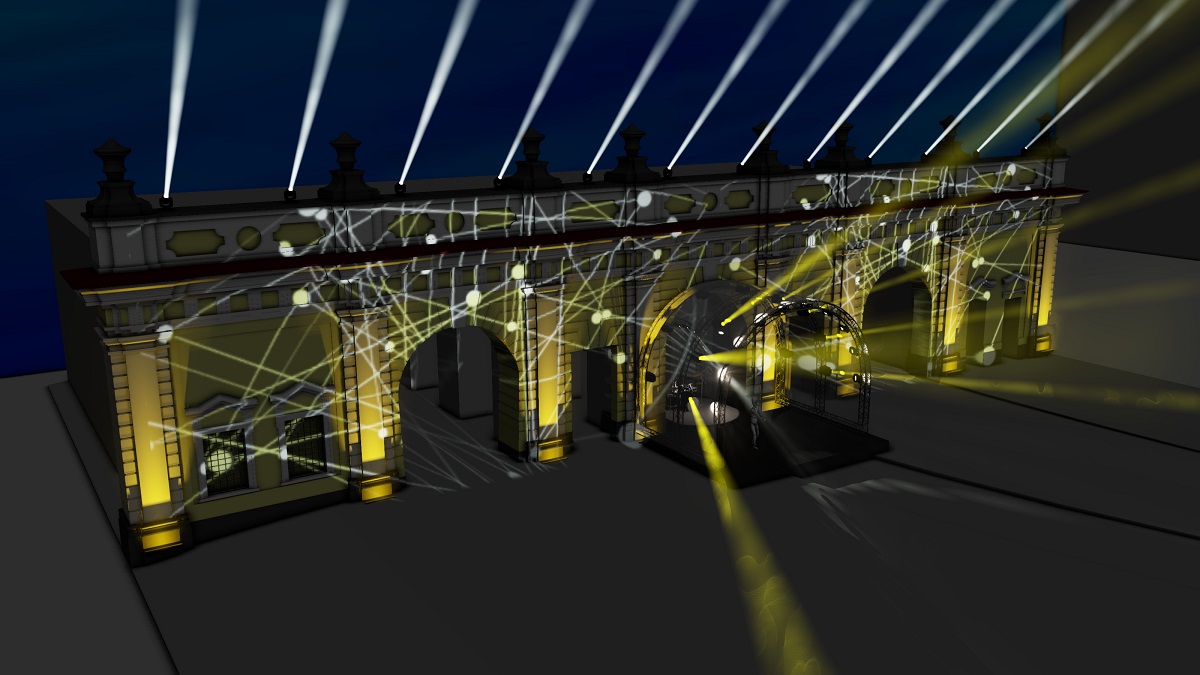 An unusual opportunity for the citizens of Novi Sad and their guests to see the baroque jewel, Suburbium, in a new spirit with rarely seen light installations and a combination of different artists who prepare an authentic audio-visual experience. Some of the most significant artists in the field of lighting art installations and performances will present themselves within the Tesla Light Gallery, and among them are Dr. Alberto Novello from Italy, Ivan Marušić Klif from Croatia, Petko Tančev from Bulgaria, Miroslav Novaković, Milica Stojšić, PhD, with students of stage design from the Faculty of Technical Sciences in Novi Sad and Staša Kukić. 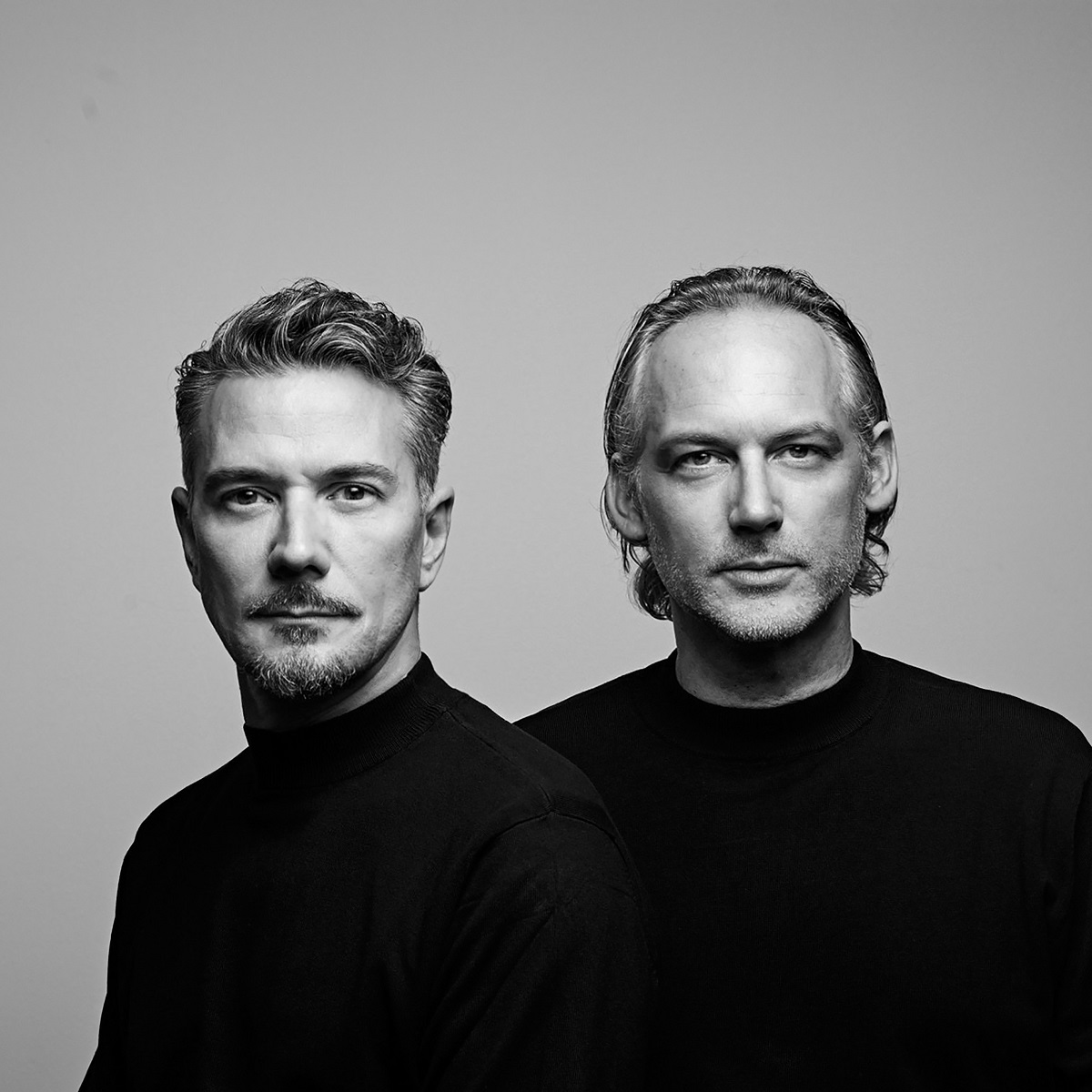 In addition to them, numerous musicians, whose performances will be a special experience for the audience due to light installations, will perform. Among them are the mysterious electro pop duo Nipplepeople, Austrian trio Elektro Guzzi, who in an innovative way approaches live techno music, the Belgrade band Kanda, Kodža i Nebojša, Đorđe Miljenović, as well as the Novi Sad DJ band Noise Destruction, which has been on the scene for almost three decades, and many others. The programme within the Tesla Light Gallery will end on 1 January, with the world-famous Austrian electro duo Kruder & Dorfmeister and the Belgrade band Minilinija. The programme is supported by Austrian Cultural Forum.

The entire programme on 31 December is free of charge, and you can find the exact locations and schedule here. 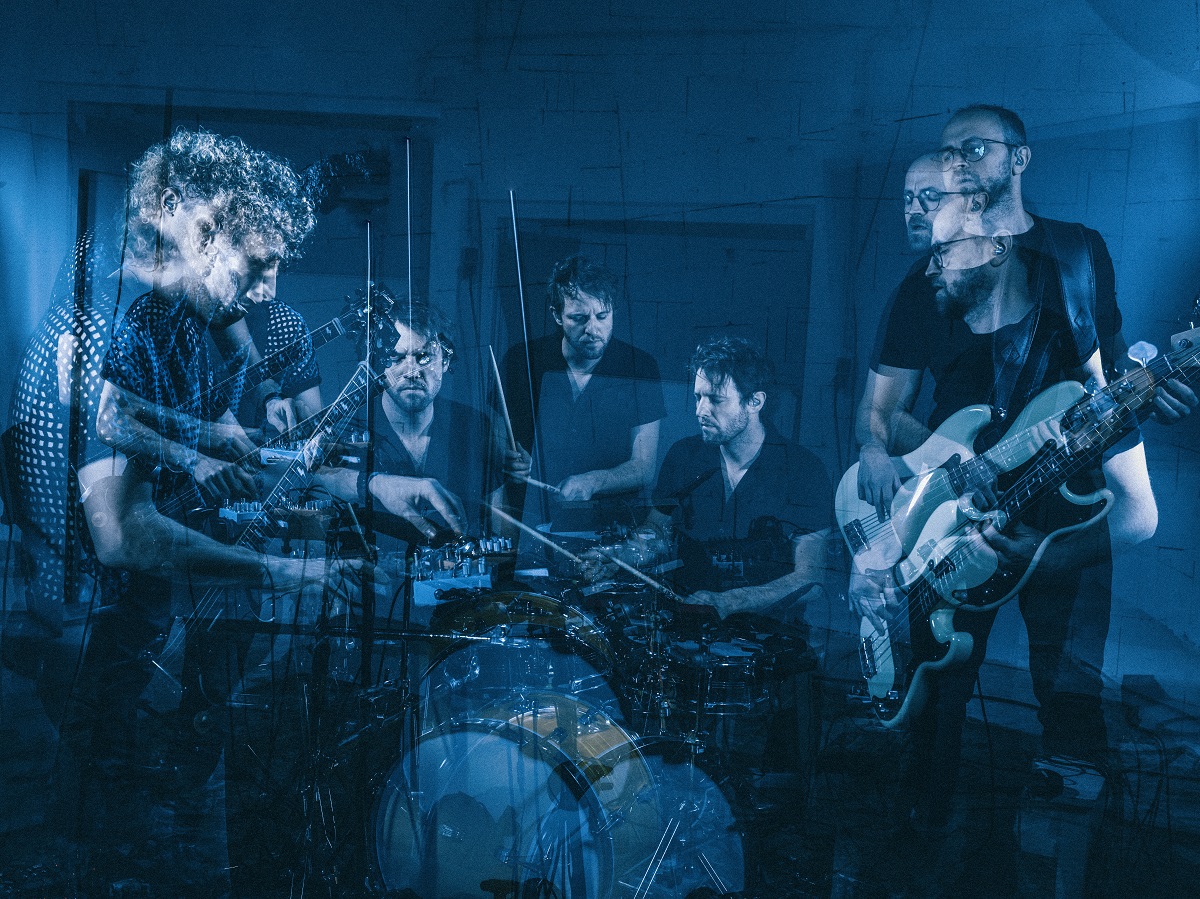 The gala opening of the European Capital of Culture, the celebration ‘Zeniteum :: 2022’, by the Slovenian avant-garde director Dragan Živadinov, scheduled for 13 January at 20:22, will celebrate, through art and culture, the great names of Serbian science – mathematicians Mileva Marić Einstein and Milutin Milanković. The setting of the gala opening is an ambitious architectural-multimedia endeavour that has not been done in Serbia so far, and the opening itself will be held on one of the main city boulevards, in front of the Banovina building, the architectural gem of Novi Sad, designed by Dragiša Brašovan. The ‘Time and Universe’ exhibition by artists Dušan Jovović, PhD, and Aleksandar Petrović, PhD, which will open in Studio M on 13 January, is envisaged as a journey from darkness to light, from chaos to space, with a focus on the relationship of man, time and science. 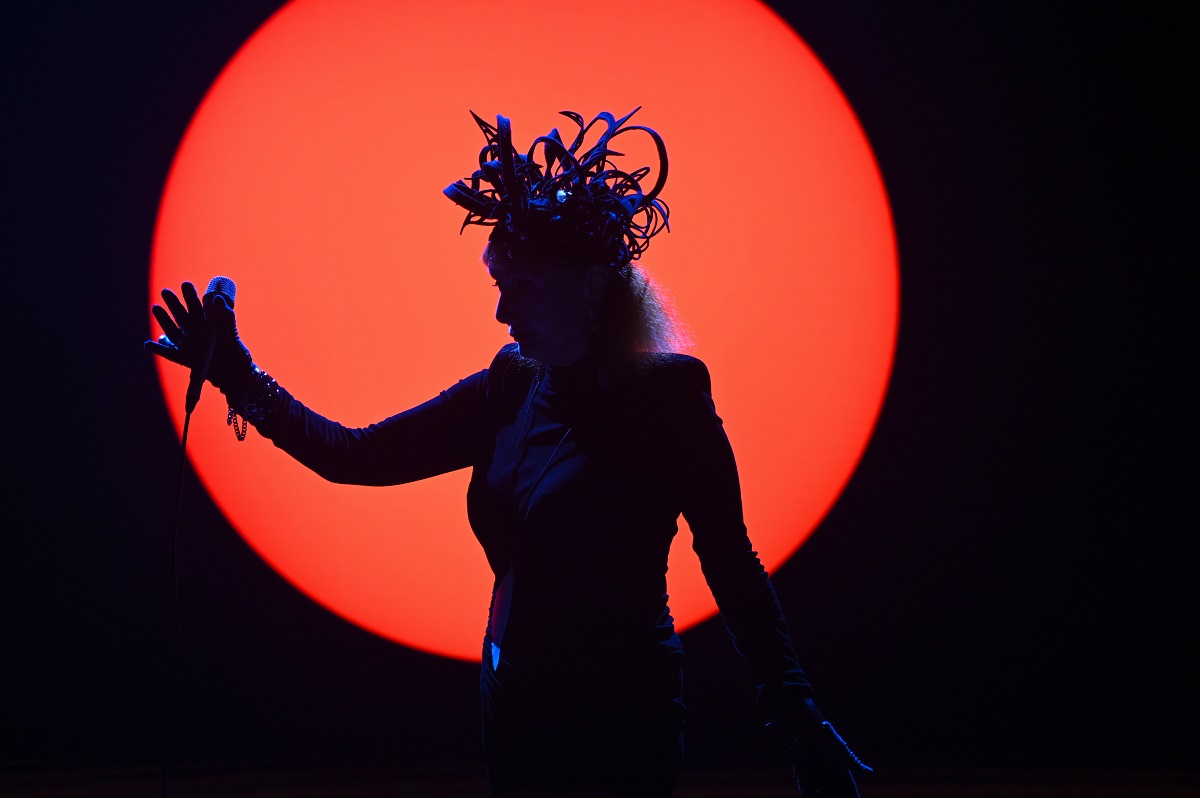 The tradition of Doček, which has opened the doors of various spaces in the city every 13 January for the past four years giving them a completely new look for the sake of culture, will continue in 2022 at more than 40 locations. Therefore, the Austrian clarinet player and one of the best in the world Andreas Ottensamer will perform in the City Hall, while the winner of the Golden Globe and the queen of fado Carminho will be hosted by the oldest Serbian theatre, the Serbian National Theatre. One of the most popular British electronic ensembles, Morcheeba will perform in the oldest puppet theatre in Serbia – the Youth Theatre, an interesting combination of jazz and electro sound brings one of the most famous Finnish musicians, Jimi Tenor, in the Novi Sad Theatre, while the famous French cover band Nouvelle Vague will perform in the City Concert Hall. 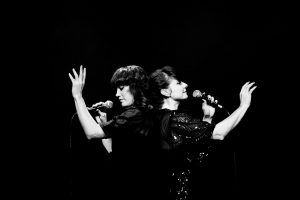 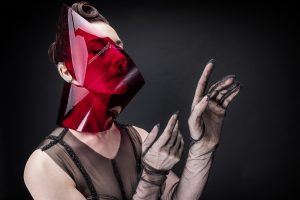 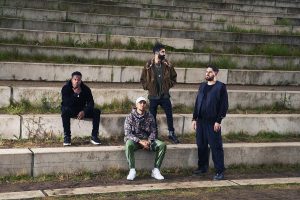 The Church of the Name of Mary, better known as the Cathedral, will open its doors to the authentic voice of American singer Christa Bell, known for her collaboration with renowned director David Lynch, while one of the most popular regional artists, Croatian musician Damir Urban, will perform in the Reformed Church. Another great regional name and music icon, Josipa Lisac, will perform in the Synagogue, while Croatian jazz pianist and composer Matija Dedić will play in the Egység Cultural Station. The space of SKCNS Fabrika, in the Creative District, is reserved for the British number one drum ‘n’ bass sound, Rudimental DJ, while the original musician who breaks taboos with her lyrics, Bojana Vunturišević, will perform ainthe Svilara Cultural Station. Doček 7530 brings the authentic sound of Balkan music, performed by Bilja Kristić and Bistrik Orchestra, in the NIS hall, as well as numerous other names, at unusual locations. 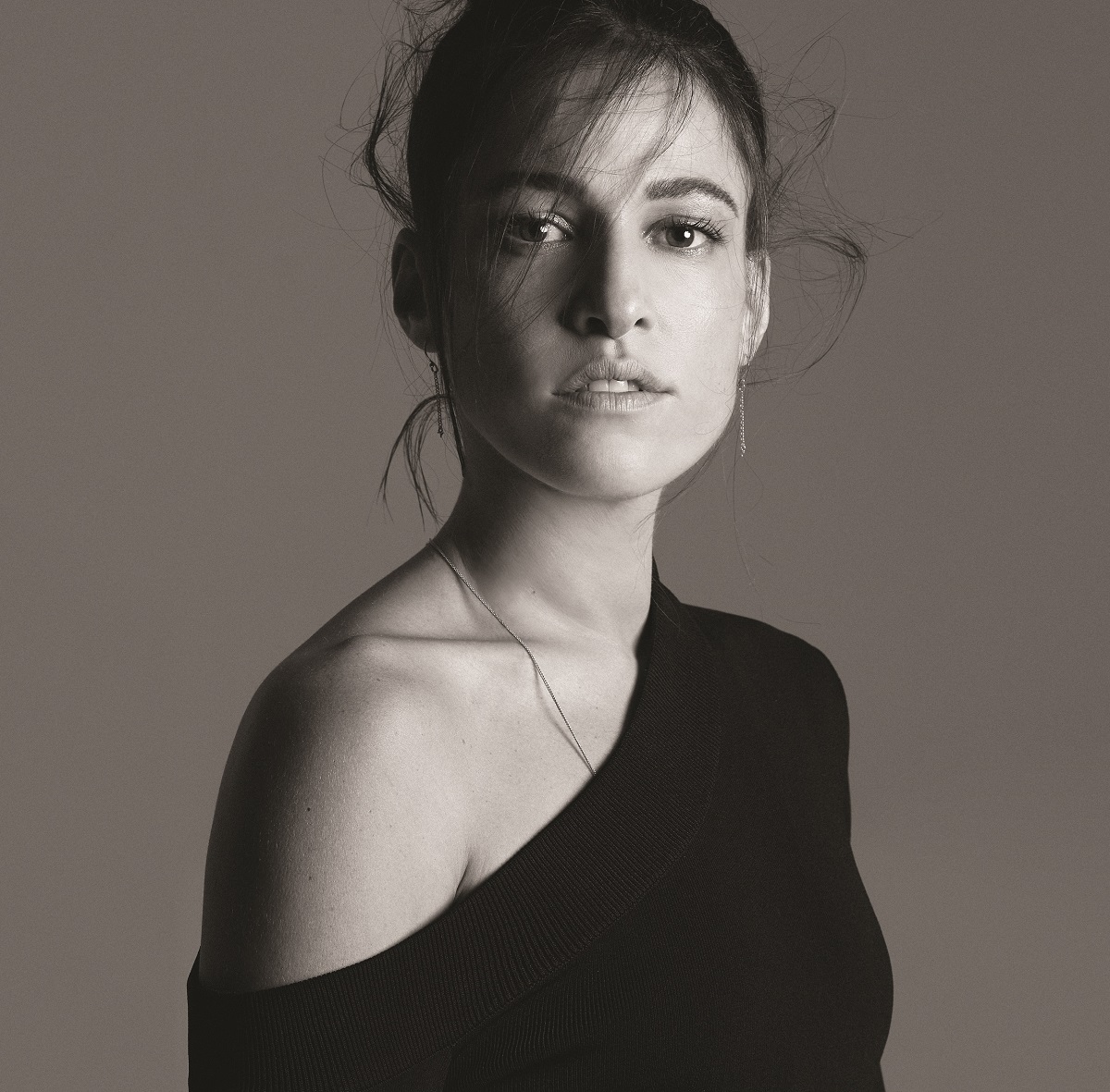 The programme within Doček 7530 starts on 12 January, when local bands will be in the role of hosts with their performances at several locations in the city, along with the Inbox Association that implements the Street Musicians Festival, make a kind of overture to 13 January and the opening ceremony. The programme continues on 14 and 15 January as part of the authentic Slava programme in the network of cultural stations, where an exhibition of photographs by Pavel Surový will be presented, as well as numerous handicrafts and gastronomic treats, and a programme for children.

During the programme within Doček, all epidemiological measures will be respected, due to which the number of seats for indoor concerts on 13 January will be limited. Ticket sales will start soon; follow the information on our website.

You can find a detailed programme and time schedule of Doček on this link.