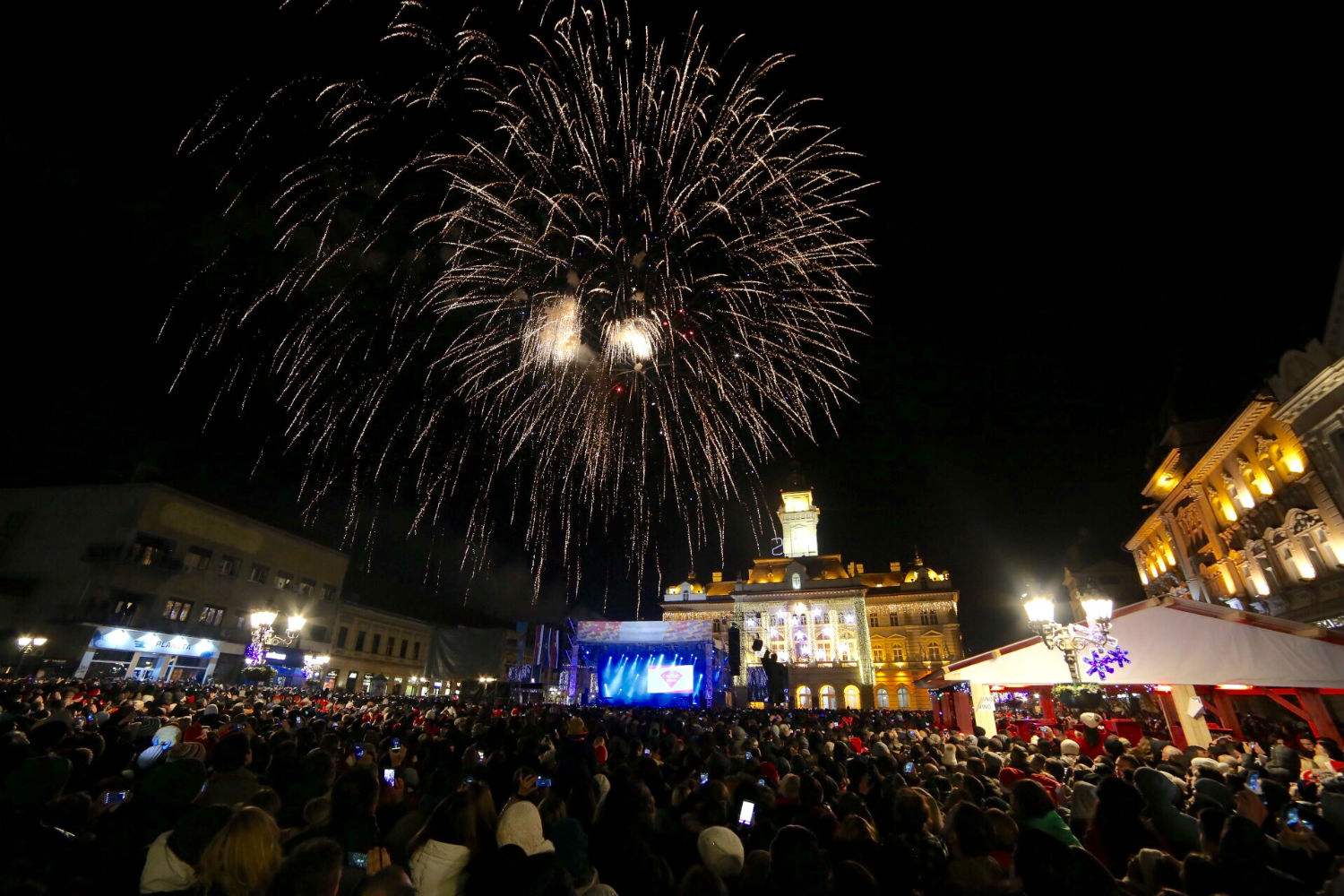 The first festival concept of the New Year celebration, called 2New!, prepared by Novi Sad 2021 – European Capital of Culture, will have a final evening with a program that starts at 9PM at the Freedom Square where Symphony Orchestra Novi Sad 2021 will perform. Right after them, a well known DJ Fanatic performance is scheduled, and a world-famous master of the trumpet, Boban Marković, with his brass band orchestra and fireworks will take the audience into New Year according to Julian calendar.

Introduction to another attractive New Year’s program is prepared by Symphony Orchestra Novi Sad 2021 under the baton of Mikica Jevtić, which will be composed for this occasion of more than 60 musicians. As announced by the founder and artistic director of this orchestra, Marko Miletić, New Year’s concert will be dedicated to music from the Serbian cinematography.

– It is difficult to single out a few tunes, but the most recognizable will certainly be music of Zoran Simjanović composed for the most famous domestic films, including Balkan Express, Grlom u jagode, Nacionalna klasa, Maratonci trče počasni krug, Tito i ja, Tajna manastirske rakije, Urnebesna tragedija …. of course the concert will start with music from the film and the Tv series “Otpisani”, and the soundtrack from “Salaš u malom ritu” is very interesting for Vojvodina recognizable melodies and songs from the film Underground by Emir Kusturica – said Miletić and added that the festival mode of New Year celebration in Novi Sad is one of the most successful public NY celebrations in Serbia, perhaps in the region, and huge audience response at multiple locations speaks clearly in favor of that. Certainly the idea that all feasts in this period are put “under one cap” of one festival shows that Novi Sad absolutely deserves the title of European Capital of Culture, as well as the European Youth Capital.

Besides music from domestic cinematography Novi Sad 2021 Symphony Orchestra will also in a symphonic arrangement perform the most famous international evergreens and disco hits. In order to make the program more attractive, a few songs will perform our famous actor Sergej Trifunović, and the Serbian National Theatre soloist Jelena Končar i vocalist Milena Popović-Srdić.

As the New Year was celebrated in the sign of the most diverse musical genres, Serbian New Year’s Eve is going to have a brand new concept in the combination of Symphony orchestra music and classical instruments with electronic music, when the famous Novi Sad DJ Fanatic will continue the program at Freedom Square by connecting his set of selected hits from film music.

After DJ Fanatic warms up the visitors at the Square, the legendary Boban Marković brass band will perform. This already world-famous orchestra of a multiple award-winning maestro of Serbian trumpet, Boban Marković, made the music for the film “Underground” which won the Golden Palm at the Cannes Film Festival, will entertain the crowd at Freedom Square with a very dynamic performance of top musicians.

For Serbian New Year a warmer weather and temperature of 3 C are forecast, so in addition to quality music and atmosphere, we can expect a fantastic fireworks right at midnight.