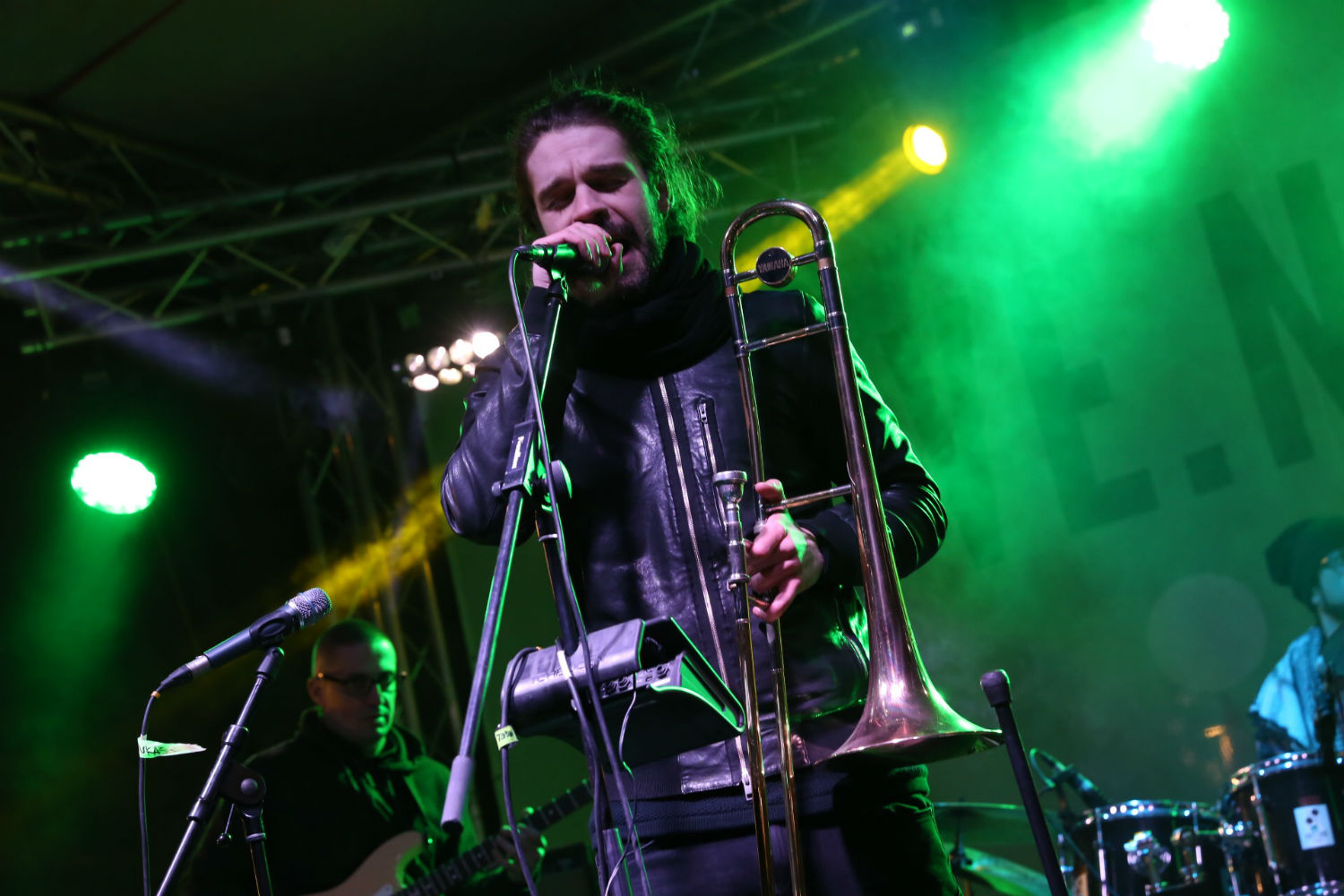 The most expected and wildest night the citizens of Novi Sad and many tourists from the region and European countries have spent in the festival atmosphere. Walking from stage to stage, getting to know new people and listening to the most diverse music program so far, more than 40 000 people enjoyed on the central streets of Novi Sad.

On the main stage, at the Freedom Square, thousands of people were singing famous songs of Zdravko Čolić while a great introduction to New Year’s Eve made the Novi Sad Big Band with Bojana Stamenov and Novi Sad Chamber Choir.

Since “2New!” festival includes 4 stages with more than 100 performers, visitors enjoyed the most varied program so far. On the Republic Square New Year the party started at 10 AM when the audience danced to the music prepared by the Dj Dirty, then performed Swing Time and Ana Perišić, and everyone was well wormed in New Year’s Eve with Vukasin Vojvodić and Drum’n ‘ zez. Countdown to midnight and choral singing of famous hits was followed at the performance of Irie FM band. Impressions of the New Year’s Eve will be sum up today at 5 PM with Vukašin Vojvodić, Novi Sad ska band Josip A Lisac, Branimir and enemies, DJ Ilija Rudović, and Zemlja gruva. Partners who have supported the program on the Republic Square are PC Tržnica and Artecomarket manifestation.

The youngest citizens of Novi Sad were entertained in the fairytale Danube Park by Branimir Rosić, the association “Visoko C”, which performed opera for children “Little Red Riding Hood,” which was complemented with Santa Claus for this occasion, and children also enjoyed the program of music workshops “Do re mi”, Music School “Melodies”,” Chaos animators “and numerous additional programs. Facilities for children were supported by IDEA and project Ice forest.